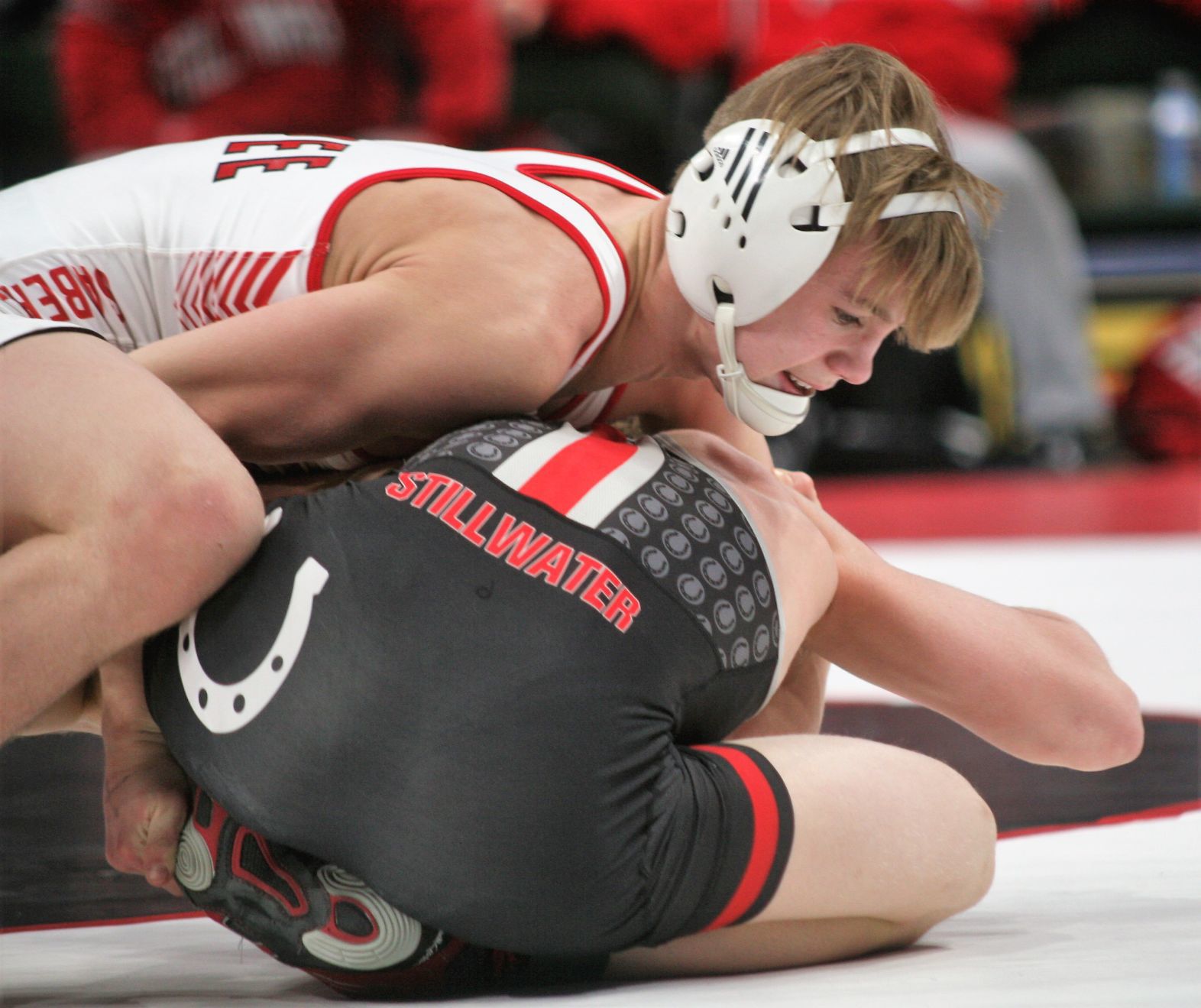 Manville kicked off championship night with a bang as he won the 106-pound state title with a pin of Lakeville North's Jore Volk at 2:19 of the championship match.

Creese followed that up by winning the 113-pound title with a 6-5 win against Winona's Ryan Henningson.

Other place winners for the Sabers were: Tyler Jones third at 126 pounds, Connor Raines fifth at 160, Joey Johnson fourth at 195 and Tommy Johnson sixth at 220 pounds.