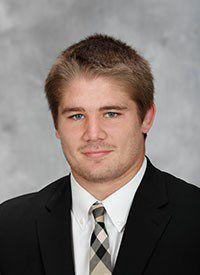 University of Minnesota wrestler Owen Webster captured the 184-pound title at the Daktronics Open on Sunday.

Webster, a Shakopee graduate, went 3-0 at the individual tournament in Brookings, S.D.

Webster opened the tournament with a 16-1 technical fall against South Dakota State's Jacob Schoon in the quarterfinals.

In the semifinals, Webster earned a 6-1 decision against North Dakota State's Gary Wokojance.

He earned the tournament title when Zach Carlson of SDSU had to medically forfeit the match to Webster.

Prior to the Daktronics Open, Webster earned a 11-3 victory against Rider's George Walton in the Gophers 21-17 dual meet loss to Rider last Friday night.

With less than 20 seconds remaining, Webster locked up Walton and flipped him to his back for a four-point nearfall to earn the major decision at Williams Arena.