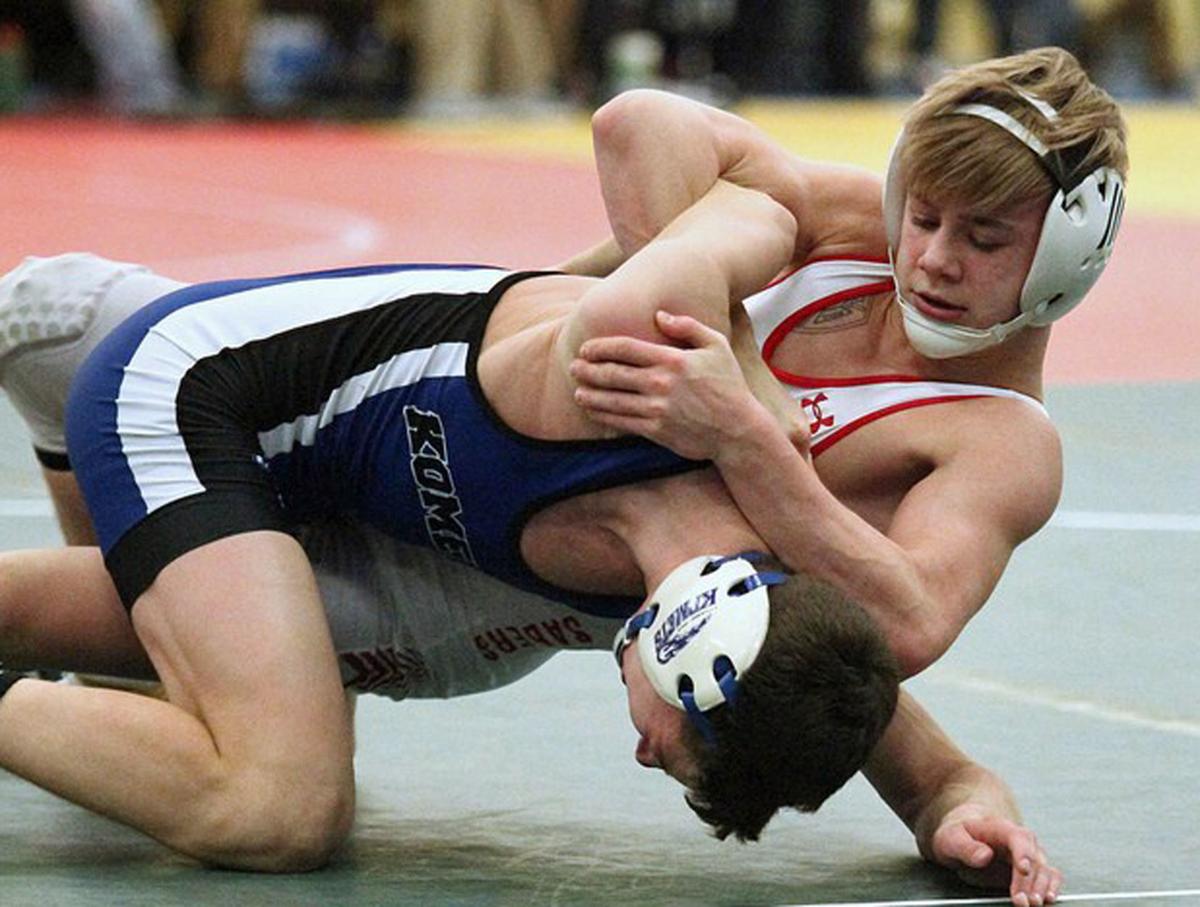 The Shakopee wrestling team finished third at the biggest individual wrestling tournament of the season.

Shakopee finished with 176 points for a well-earned third place finish at the Minnesota Christmas Tournament this past weekend in Rochester.

Simley won the team title with 204.5 points. Kasson-Mantorville was second with 199.5 points followed by Shakopee in third.

The Sabers earned that high finish despite not having a wrestler in two weight classes - 145 and 285. Shakopee's Carson Manville, ranked No. 7 in the country, was out with an injury.

After the first day of wrestling, Shakopee was in a tie for fourth place with 93.5 points with Kasson-Mantorville in first with 110.5 points.

The Sabers made a big move early on Saturday as they quickly moved into first place with 138 points as they won all six quarterfinal matches they were in to send six wrestlers into the semifinals.

They rebounded in the finals and wrestle-backs to climb back up to third place. 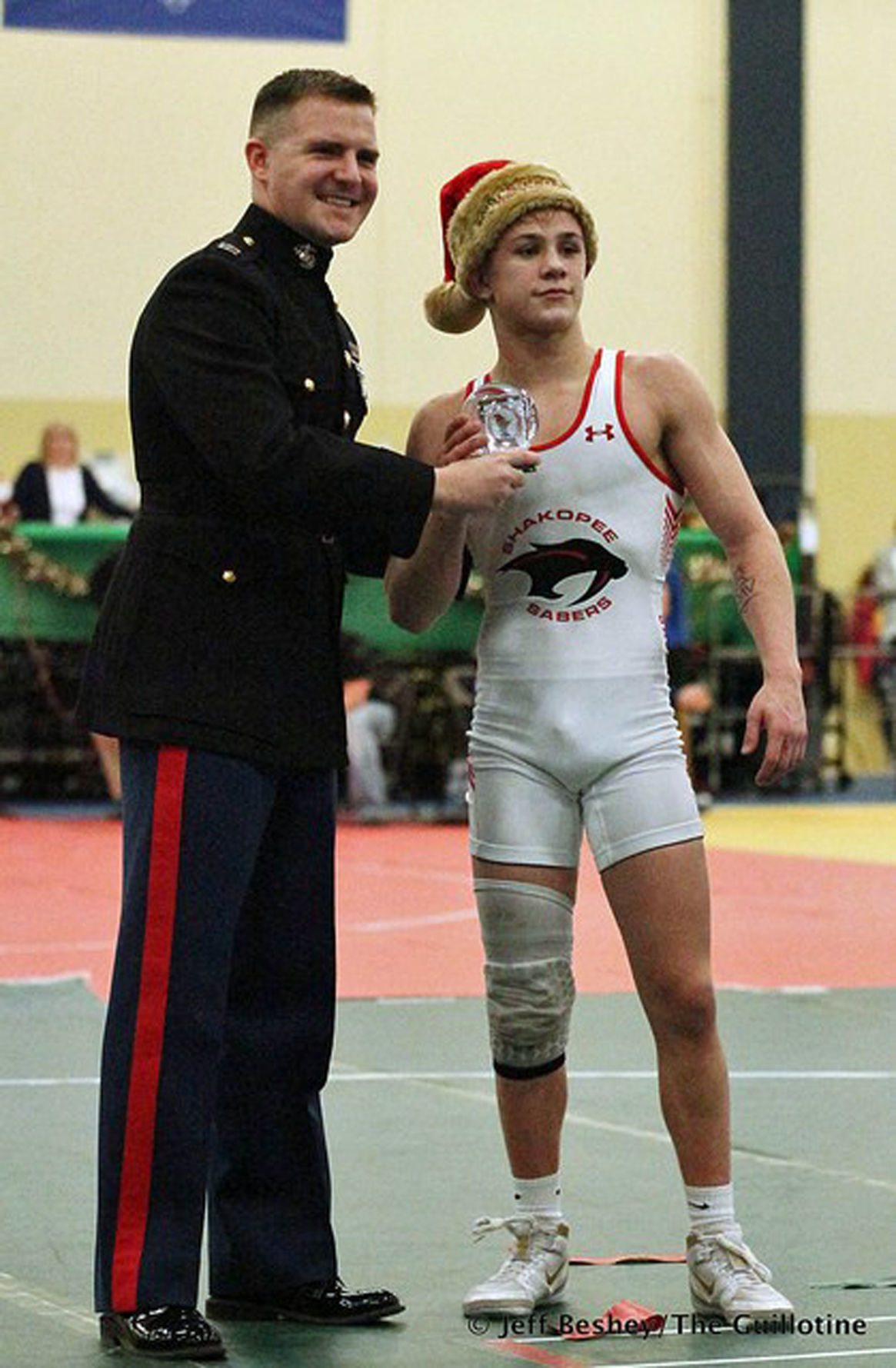 Creese was the lone champion from Shakopee as he won the 113 pound title in dominating fashion.

He earned bonus points for the Sabers in each of his five matches on the way to the title.

He opened the tournament with a pin and two technical falls to reach the semifinals.

In the 113-pound title match, Creese defeated No. 4 ranked Logan Vaughan 17-4 to earn the title.

The Sabers had five other placewinners with seventh-grader Pierson Manville placing the highest with a runner-up finish at 106 pounds. 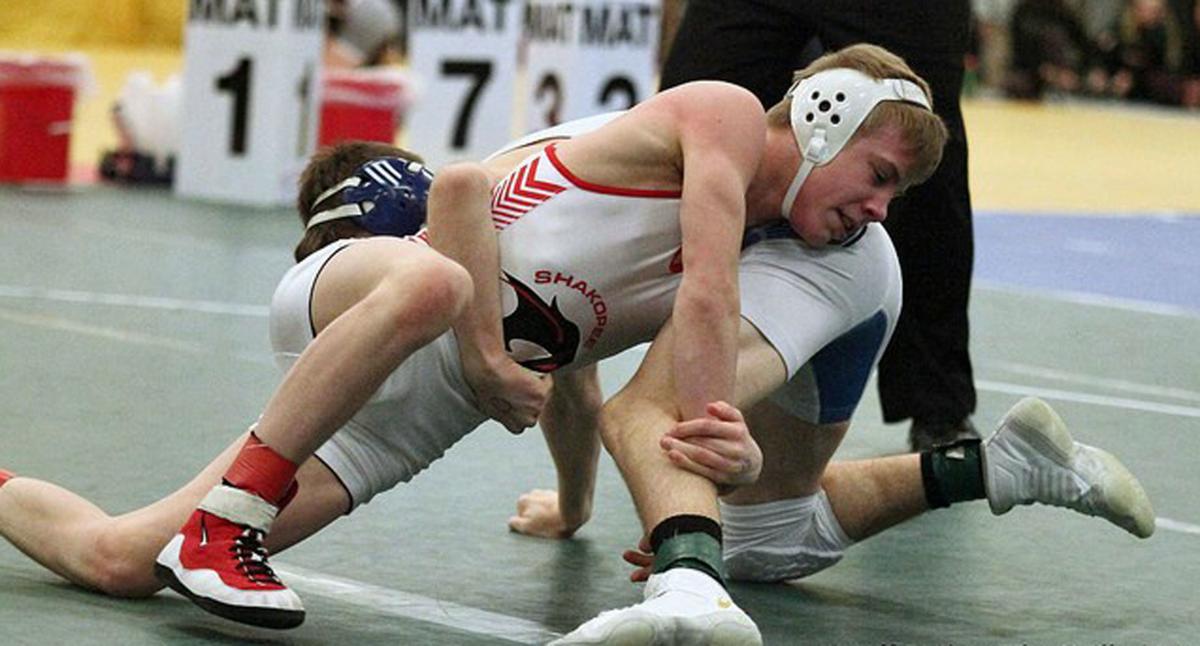 Manville reached the championship match with a major decision and pin in the first two rounds. He then defeated Prior Lake's Teegan Block 3-0 and Edmond, Oklahoma's Cruz Aquilar 4-3 to advance to the finals.

West rode Manville out for the whole two minutes of the second period and earned a reversal with 37 seconds left in the match for a 3-2 lead.

Manville quickly regained the lead with a reversal of his own with 12 seconds left only to see West reversal him right back with six seconds left to win 5-4.

All four of those wrestlers reached the semifinals before falling.

Lunn lost to the No. 1 ranked Jake Svihel of Totino-Grace in the semifinals while Joey Johnson fell to No. 1 ranked Calvin Sund of Prior Lake and Tommy Johnson lost to No. 2 ranked Garson Schorr of Kasson-Mantorville in their semifinal matches.